﻿﻿﻿
﻿﻿﻿﻿﻿
﻿﻿﻿﻿﻿﻿﻿﻿﻿
Major CB Bertie Prowse became CO of the Somerset Light Infantry shortly after the Battalion arrived in France, he is one of many officers who help give the lie to the "Lions led by Donkeys" argument, his actions in the first few weeks of the war made a material difference to the fate of his men and of the course of the war in the areas he was involved in. On 1st July 1916 he became the most senior officer to be killed on the first day of the Somme, characteristically as he moved forward with his men. this means he is not buried in Prowse Point Cemetery, near Ploegsteert, the only cemetery on the Western Front named after an individual.


The Somersets arrived in France in late August 1914, just too late for the battle of Mons but just in time to run into the German army at Le Cateau, their part of the action started on the evening of the 25th August and is referred to in the War Diary of the Somerset Light Infantry as the battle of Ligny, in common with the rest of the BEF they suffered heavy casualties and embarked on the long retreat - marching nearly 200 miles in the next 2 weeks, with very little rest or food, being pursued by the German army.

In the chaos of Ligny/Le Cateau the Battlion seems to have split into 3 parts, Major Prowse, not then CO, seems to have gathered up many of the men and marched them rapidly through France until they could be come together again a few days later. Exactly where the men went was still being discussed in 1922, one of the letters and an accompanying map is shown here: 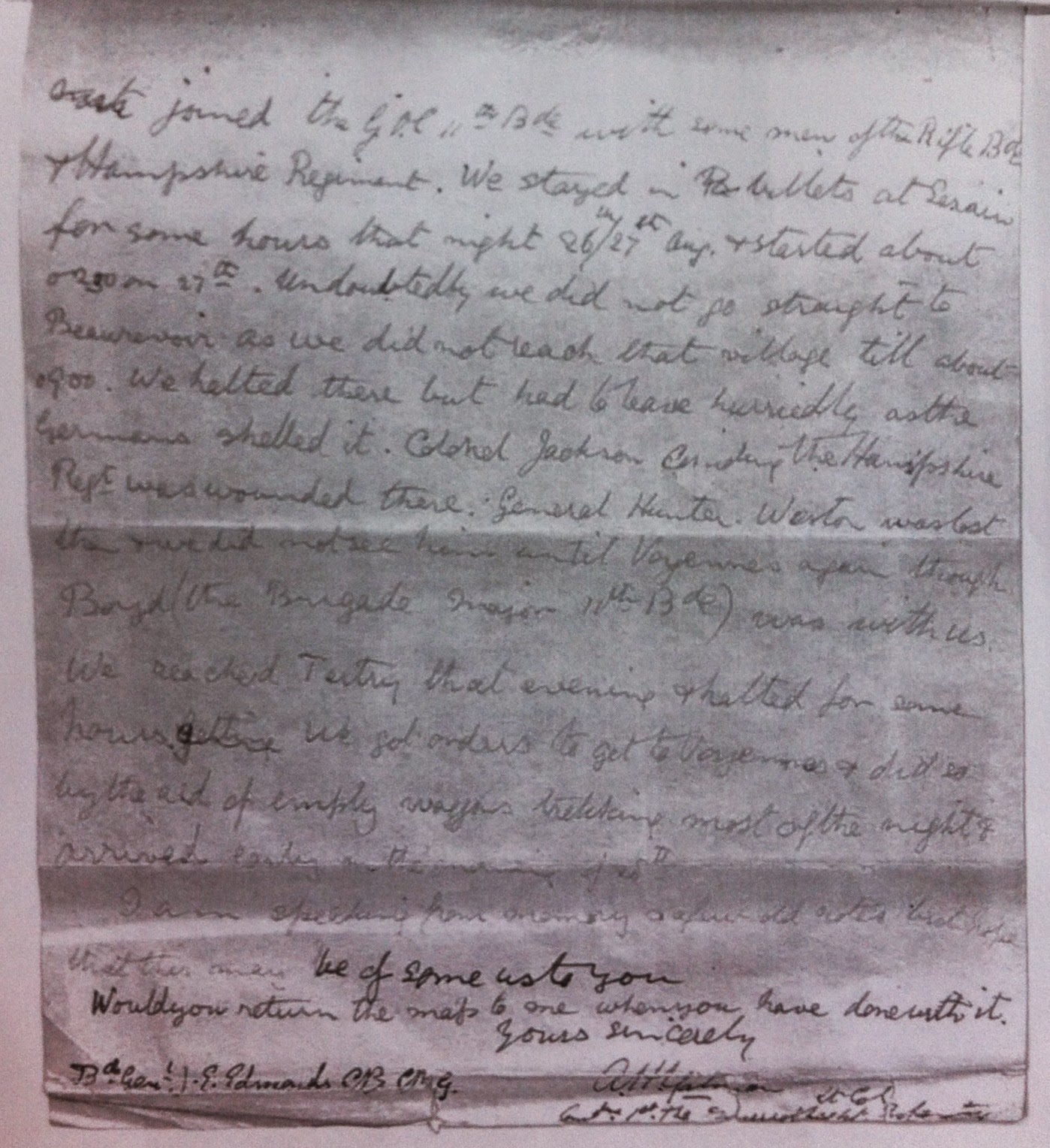 The next stage of the Somersets progress in covered in the post "The road to Ploegsteert". After the Great Retreat the Battalion was addressed by Major Prowse as they prepared to turn and face the enemy. The event was recorded in the diary of Pt George Coward who states that Major Prowse "spoke to use like a father" he seems to have been popular with the men, many of whom had served with him for years.


On the 30th October the Hampshire Regiment came under sustained attack from the German forces, the Somersets were in reserve when a report came through that the Germans were breaking through the lines and that one Platoon was wiped and a trench destroyed by a sustained artillery bombardment. Initially Major Prowse orders a platoon undet 2/Lt Braithwaite (whose trench map from a few days earlier you can see in the post Tobacco Screen) was sent to support the Hampshire Regiment, Braithwaite's force appears to have arrived just in time - they place a barricade across the road and in the words of the War Diary inflict "great slaughter" on the Germans, the next day the Royal Engineers report more than 70 dead Germans on the wire.

The situation remained critical however and at this point the diary records that at this moment Major Prowse, having personally reconnoitred the position "turned his entire Battalion against them". This instinctive reaction was effective - the houses are cleared out and in the end it was found that the Germans had evacuated the trenches

On the 31st the situation was repeated - a second German attack on the Hampshire lines a short distance from the first - as shown on a sketch map which also shows the signature of Gen A Hunter-Weston, best known from the Gallipoli campaign


This attack was also repulsed, with some difficulty, it was initially reported that only a few Germans had occupied a Hampshire trench but when a detachment was sent the resistance was far stiffer than expected and the force was beaten back. the diary notes that during this engagement the Somersets manage to pull 2 Germans from the trench, the diary records that 1 was shot and 1 taken prisoner. An immediate counter-attack is launched but, again, it is found that the Germans are gone. It is notable that the Somersets, unlike the Hampshires, suffer very few casualties over the 2 days.


Lance Corporal Arthur Jenkins recorded the events in 2 letter he sent home - his story is told in the most recent post - Visitors: Canadians & Kings

"By heaven aunt what a time we have had, talk about hell on earth.."


Major Prowse later recorded his own account of the action, which was added to the War Diary and is shown below - it looks as if the rank Lt Col has been written over the original rank of Major... 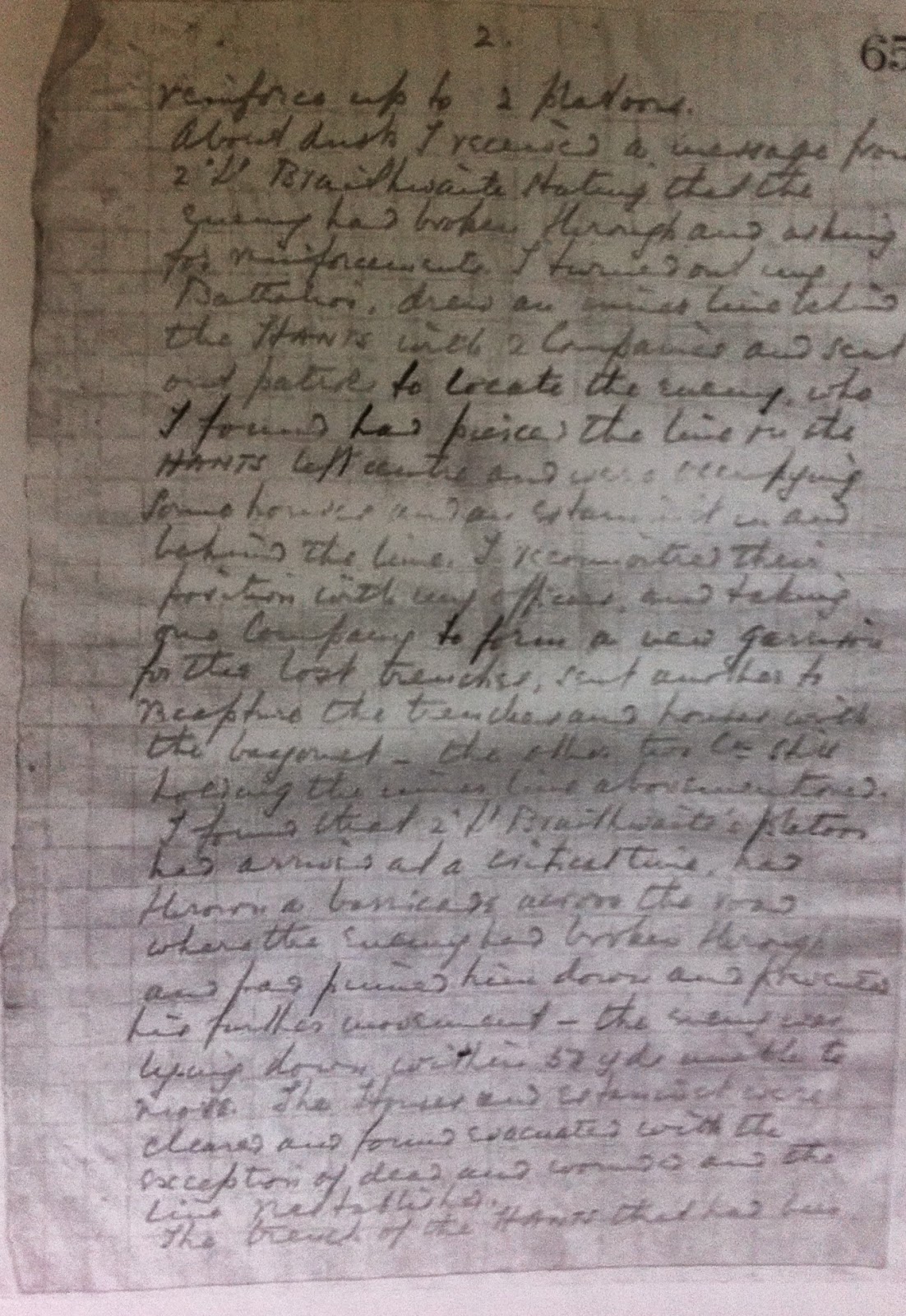 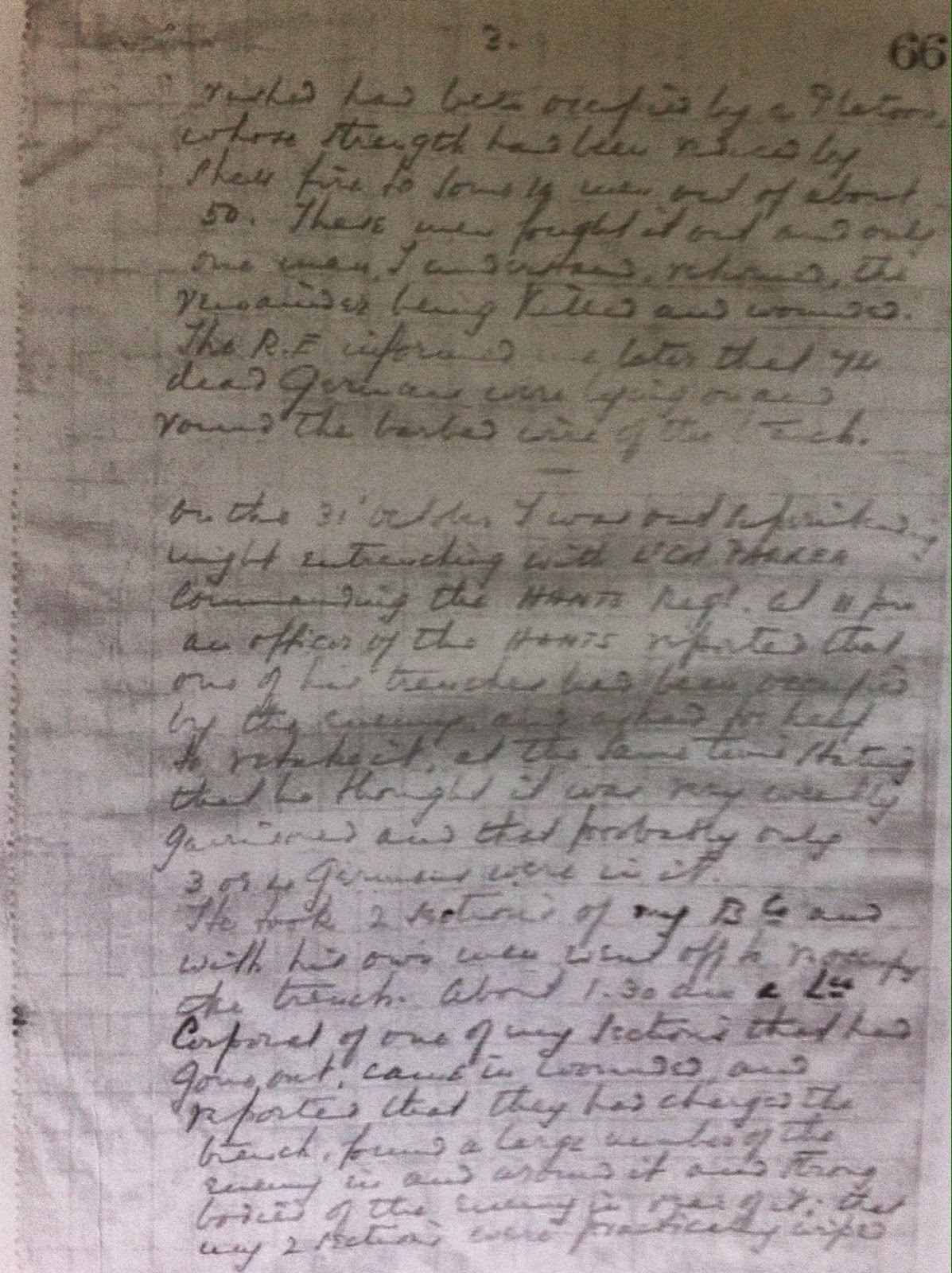 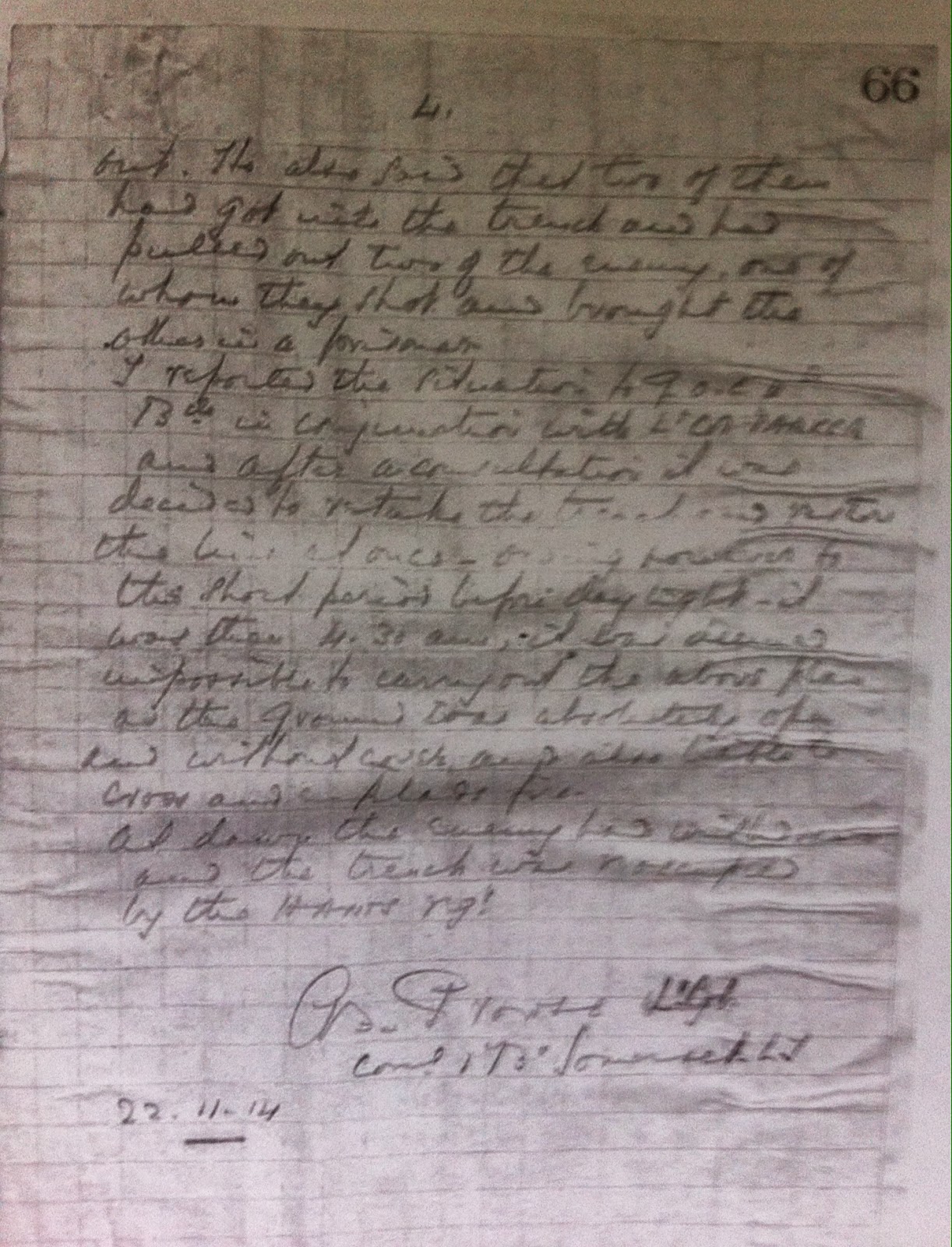 Major Prowse became well-known as a result of the stand at St Yves, he is shown here in the Illustrated London News, alongside many of the heroes of the first few weeks of the war. (I used to work with Pt Drain's Grandson and helped him research the story.


Prowse Point, as I have mentioned, is now a CWGC Cemetery, it the ditch at the front marks the front line at Christmas 1914 and the field opposite hosted the Christmas Truce, which is for another post